I developed a new obsession today at Movement Denver. Alison and I decided to take a belay class (super intro beginner class) to see if it’s something we might want to get into… We f*cking loved it. We’re going back tomorrow to take the belay test so we can hook each other up (literally) whenever we want.

The class took about an hour — and we learned a lot but really there’s not that much to it (some technique, some lingo, and some actual doing). After the class we stuck around for another 45 mins or so to try a few routes. SO fun. Super approachable. We’re definitely on the path to acquiring gear and making it a regular thing 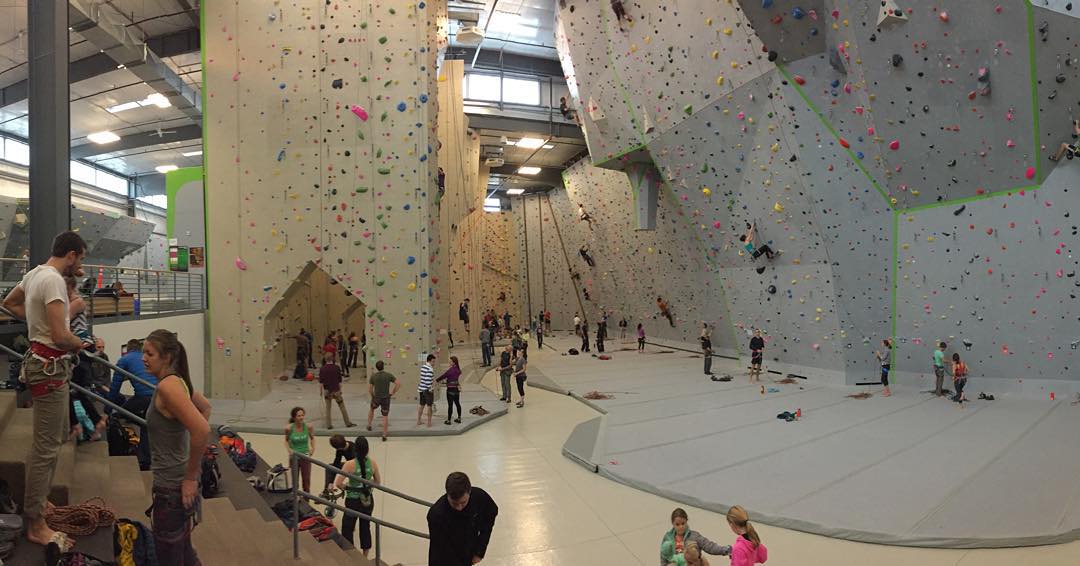