Problem – When I first joined the team, our coaches were still using spreadsheets to track their athlete’s performance and progression. Using multiple tools to plan and build a client’s training programs made them less efficient and less effective.

Solution – After gaining a deeper understanding of how and why coaches needed to track their clients’ progression, we delivered Metrics – a tool that provided the history and background coaches needed while planning and programming.

Outcome – Outside of workout creation and delivery, metrics quickly became our most popular supplemental coaching feature. 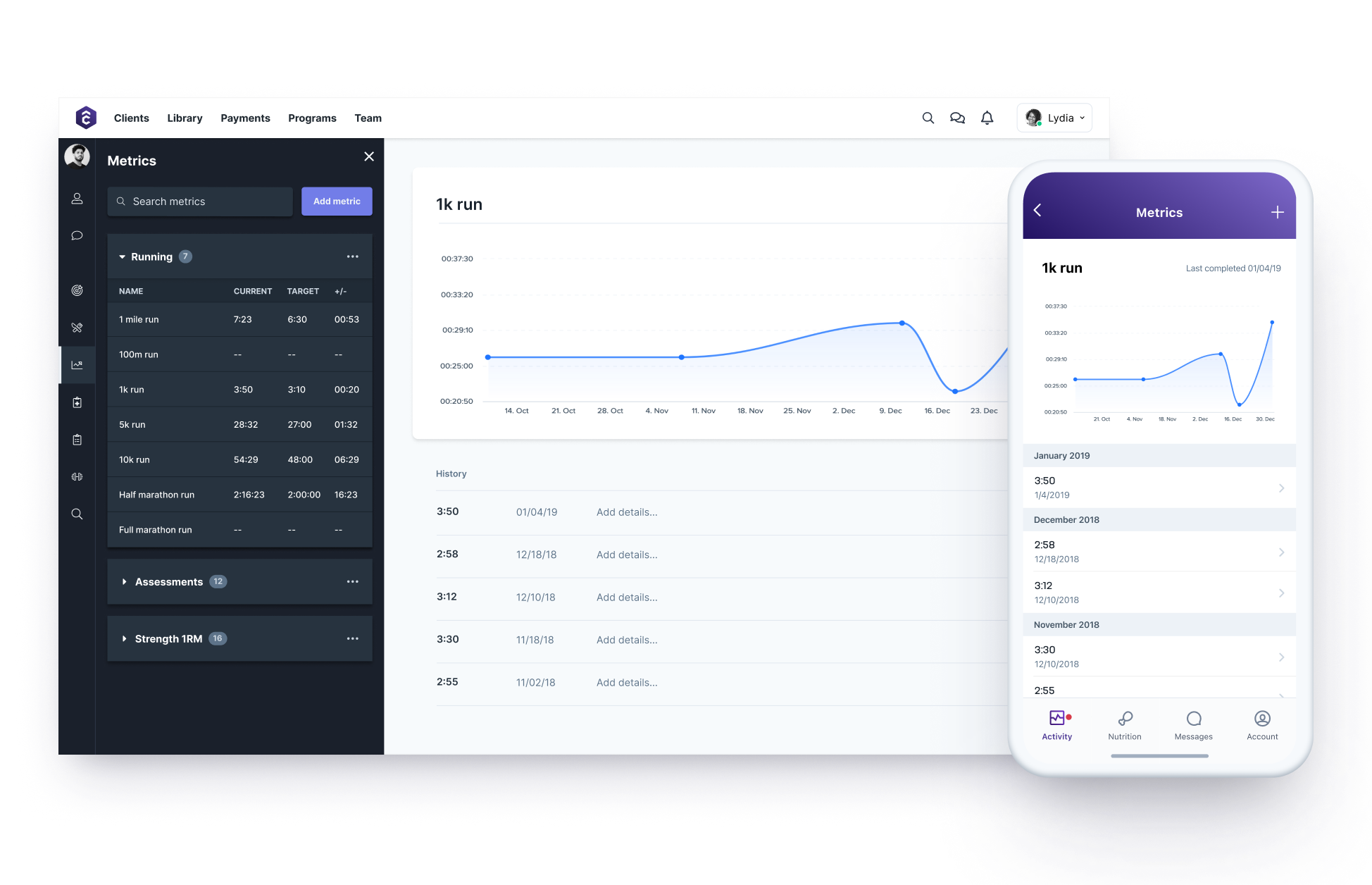 We began working on metrics in mid-to-late 2017. At the time we were a team of 7 (with the CEO still a regular contributor to the code base – which was really fun and deserves its own blog post) – so we all wore many hats and contributed heavily to every aspect of the product.

I led research and design, which included: